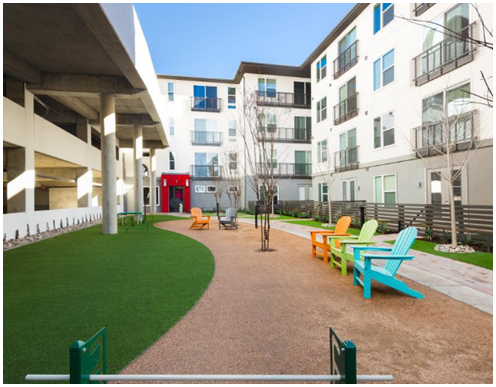 Along with luxury homes, the community will also bring nearly 35,000 sf of restaurant and retail space. About 30 percent of the apartment homes have been leased to residents attracted to the location and amenities, which include a pet park, spa, a pool with cabanas and a fitness center. The community also has a seven-story parking garage. So far, Cypress has signed the following retail leases: